You are here: Home

Written by
Rate this item
(0 votes) 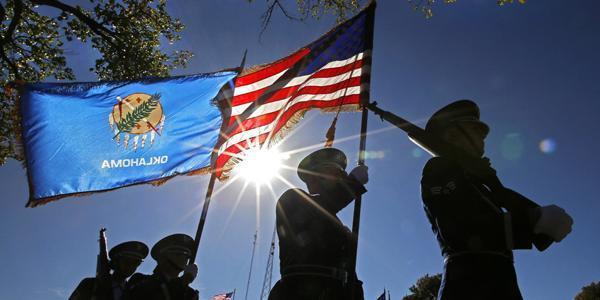 The United States has the most comprehensive system of assistance for veterans of any nation in the world. This benefits system traces its roots back to 1636, when the Pilgrims of Plymouth Colony were at war with the Pequot Indians. The Pilgrims passed a law which stated that disabled soldiers would be supported by the colony. The mission of caring for veterans traces its roots to benefits administered by the first U.S. Congress in 1789. The country’s recognition of its responsibility followed precedent set by English law and enacted in 1736 by the Pilgrims of colonial America. It read "If any man shall be sent forth as a soldier and shall return maimed, he shall be maintained competently by the colony during his life." The concept of service earned through service has long been part of the American consciousness. It is for this reason that the first U. S. Congress in 1789 passed a law to provide pensions to disabled veterans and their dependents.

The Continental Congress of 1776 encouraged enlistment during the Revolutionary War by providing pensions for soldiers who were disabled. Direct medical and hospital care given to veterans in the early days of the Republic was provided by the individual States and communities. In 1811, the first domiciliary and medical facility for veterans was authorized by the Federal Government. In the 19th century, the Nation's veterans assistance program was expanded to include benefits and pensions not only for veterans, but also their widows and dependents.

In 1818, the Secretary of War assumed the responsibility of administering veterans programs. In 1833, the program was assigned to the Bureau of Pensions. Sixteen years later, this activity was moved from the War Department to the Department of the Interior. During this period there were other agencies providing veterans service. The National Home for Disabled Volunteer Soldiers, founded in 1866, provided domiciliary, hospital and medical care for disabled veterans. The Public Health Service, preceded by Marine Hospitals in 1798, provided physical examinations to veterans.

After the Civil War, many State veterans homes were established. Since domiciliary care was available at all State veterans homes, incidental medical and hospital treatment was provided for all injuries and diseases, whether or not of service origin. Indigent and disabled veterans of the Civil War, Indian Wars, Spanish-American War, and Mexican Border period as well as discharged regular members of the Armed Forces were cared for at these homes.

Congress established a new system of veterans benefits when the United States entered World War I in 1917. Included were programs for disability compensation, insurance for servicepersons and veterans, and vocational rehabilitation for the disabled. By the 1920s, the various benefits were administered by three different Federal agencies: the Veterans Bureau, the Bureau of Pensions of the Interior Department, and the National Home for Disabled Volunteer Soldiers.

In 1921, Congress established the U. S. Veterans’ Bureau to consolidate the powers, functions and duties of the independent agencies which administered veterans benefits, including some phases of medical care. This organization took over the functions of the Bureau of War Risk Insurance, responsibility for vocational educational education and functions of the Public Health Service that had to do with physical examination and care and treatment of veterans. While the reorganization resolved some of the problems, this still left three agencies administering veterans benefits - the Veterans’ Bureau, the Bureau of Pensions of the Interior Department and the National Homes.

To address this concern Congress established the Veterans Administration on July 21, 1930 to "consolidate and coordinate government activities affecting war veterans." The VA experienced enormous growth near the end of World War II with the return of some 16 million veterans and the passing of the GI Bill and education and housing benefits.

Veterans Administration was established by Congress on July 21, 1930, to incorporate all veterans programs. The bureaus and the home were absorbed by the newly created agency. Brigadier General Frank T. Hines, who directed the Veterans Bureau for seven years, was named as the first Administrator of Veterans Affairs, a job he held until 1945.

The VA health care system has grown from 54 hospitals in 1930, to include 171 medical centers; more than 350 outpatient, community, and outreach clinics; 126 nursing home care units; and 35 domiciliaries. VA health care facilities provide a broad spectrum of medical, surgical, and rehabilitative care. The responsibilities and benefits programs of the Veterans Administration grew enormously during the following six decades. World War II resulted in not only a vast increase in the veteran population, but also in large number of new benefits enacted by the Congress for veterans of the war. The World War II GI Bill, signed into law on June 22, 1944, is said to have had more impact on the American way of life than any law since the Homestead Act more than a century ago. Further educational assistance acts were passed for the benefit of veterans of the Korean Conflict, the Vietnam Era, Persian Gulf War, and the All-Volunteer Force.

At the official establishment on March 15, 1989. President Bush hailed the creation of the new Department saying, "There is only one place for the veterans of America, in the Cabinet Room, at the table with the President of the United States of America."

As the 14th department in the executive branch, VA absorbed the activities of the government’s largest independent agency. With nearly 240,000 employees, the Department of Veterans Affairs ranks second in size to the Department of Defense . The new department retains the VA structure of three major program areas - health care, benefits and cemeteries.

More in this category: « Information about Police Department Custom Design Plaques for Police, Firefighters and Sheriff »
back to top
Sitemap
© 1997 - 2020 American Plaque Company. All Rights Reserved.